In Varna we can proudly boast that we have a wall of Bulgarian history! On the concrete fence near Asparuhov Bridge on entering our city you can see the faces of the immortal Bulgarians, painted by young and awake people. The idea of depicting distinguished figures from Bulgarian history on this wall is from the Bulgarian National Revival Association Here is the detailed information about them and their wonderful undertaking! "We ourselves are young, patriotic people, for non-commercial purposes. Our association has no leader or the right number - every patriotic person is welcome to us. The purpose of our association is to awaken, unite and prosper the Bulgarian people and the Motherland! to emphasize that we are not politically affiliated with a party or organization on a political basis and do NOT aim at coming into power - they have no place in our organization - personal, football, religious, political and any other biases. Although people spoke about us after the appearance of Levski and Botev's figures - on December 18, 2012 - we organized and conducted the first torchlight procession to mark the 168th anniversary of Captain Petko Voivode's birth in Bulgaria. Despite the bad weather, just over a hundred people from all over the country visited our city and took part in the procession. We responded and with physical labor helped the oldest school in Varna Region - Hristo Botev Primary School, the village of Nikolaevka, with which we keep in touch and respond when needed. Some of us took part in the video of a patriotic song that was being prepared for November 1st. We try to remind of dates related to Great Bulgarian personalities by printing and gluing their faces, with the hope of seeing more Bulgarian hearts shake and remember! Perhaps our biggest initiative is the Street Revival Gallery, or known as the "Wall of Heroes" among people. The idea of ​​the wall was born quite spontaneously, just as all good ideas are born. About a week before the anniversary of the death of Vasil Levski at one of our organization's regular gatherings, she emerged over other suggestions on exactly how to honor the Apostle. It was decided that the most suitable place for this gallery is the wall under the so-called “Barutne Funerals”, which is located on Hristo Botev Blvd. and Zahari Stoyanov Street (another argument that is where its place is) . We raised the necessary funds and did it. Of course, not every good thing has come easily, but the pride that has poured us into the result is indescribable. The citizens of Varna themselves are pleased and proud, judging by the thousands of positive comments about the idea on social networks. And so one by one the portraits of Hristo Botev, Captain Petko Voivod, Georgi Rakovski, Georgi Benkovski, Raina Knyaginya, Baba Tonka, Paisii Hilendarski and the Painting of Slavery with which we finished the wall appeared. We aimed to paint portraits with our own means, as it happened. Portraits appeared on the wall for 1-2 months, for this very reason. We are young people, some of us are students, others are working - everyone was allocating their wages or their pockets until we collected the whole amount and that made us delay, but people liked them because there was a thrill and asking who would be next. The help we sought was solely for the permission to paint on this wall, for which we received the full assistance of the Municipality. On the wall, you can see black and white portraits of khans and kings made by different people - another organization that is inspired by our initiative, has applied to the municipality, and through a winning project is sponsored by it, through which they appear. Our advice to young people is to believe in Bulgaria and strive to be at least a little bit like the people who are painted on this wall in morality and dignity. "

The idea of drawings with a complete concept for the presentation of distinguished figures in the historical chronology from the creation of Bulgaria to the present day has led to the question: Who is next? And the answer of the young people is: Future Revivalists! The hope is in the younger generation, and what example we will give them depends entirely on us all!

Exterior rendering of facades and decoration 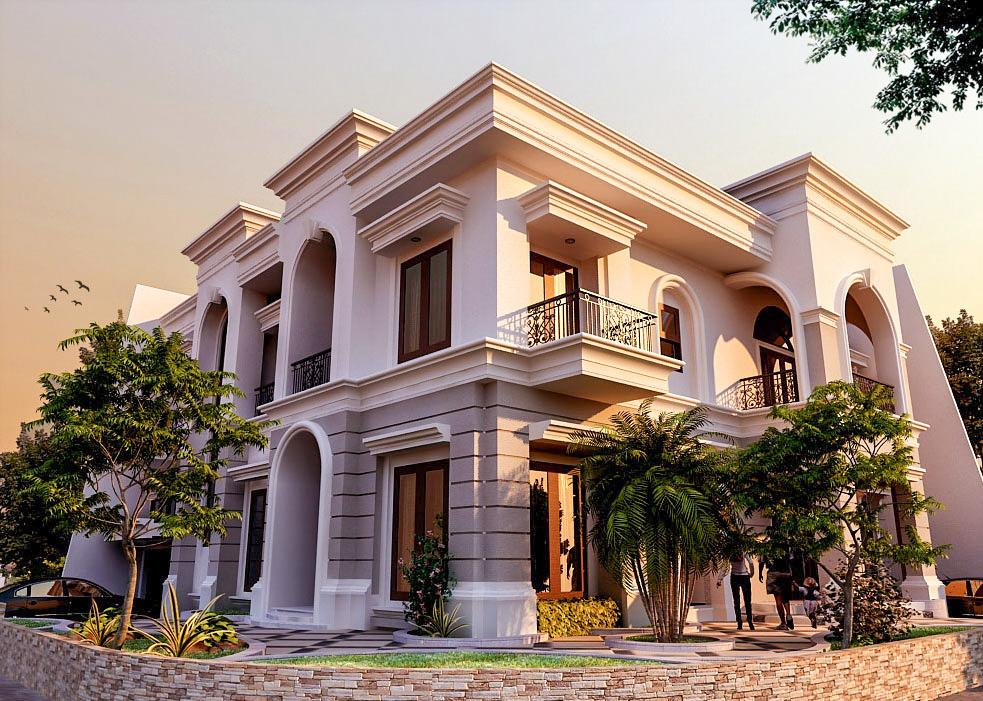 If you are hesitant about which option is best for your house, building, interior or restaurant, we suggest you to create 3D visualization for them with the facade or interior decoration offered
Design in 3D with Us
Inquiry for 3D Preview